Bring in the drama, bring in the flair. Watch those around you stop and stare! Our 360 degree spin photo booth is the stuff of stars, and promises to make you a star for the occasion. What is 360 degree spin photo booth?

It’s lights, camera, action all the way with our 360 degree photo booth that is a hugely popular feature at parties, both formal and informal. Turn the dial up on the filmy glitter and give your guests' esteem a hearty boost. By opting for a 360 degree photo booth for rent, you can give them a moment that is uniquely theirs and for which they are the stars of the show.

The users are required to stand on a platform inside the booth, to which a rotating camera arm is attached. The mobile camera films the guests from all sides, completing a 360 degree spin and captures a 10-15 seconds long video. The clip can then be edited for various effects such as slow motion, background music, etc. and you can also brand it with a special hashtag for the occasion or one specific to your company.

A 360 degree photo booth rental is a crowd favourite, and you cannot go wrong with something that makes every one of the users feel like they're soaking up attention from all around. Take your guests on a high glam spin with the 360 degree spin photo booth and offer them a moment that's all theirs, one to remember for how special it makes them feel.

Fun videos within a minute

Our 360 degree spin photo booth records you from all around and processes the video for special effects, generating DSLR camera quality videos for you to share- all of this under a minute!

Ditch you regular boomerangs for a glamorous video to post on Instagram, or any other social media platform of your choice.

Using a 360 degree photo booth is a memory one isn’t likely to forget, be it for the attempts to try to squeeze in together on the platform, or for trying out outrageous poses and fun props.

A quality video within a minute

Executives to handle the booth

A video captured by the 360 photo booth is some 10 to 15 seconds long. The procedure of shooting and editing the video takes about a minute, and they’re then shared instantly.

We charge on an hourly basis. Our basic package starts from 3 hours of unlimited use, wherein we arrive an hour before at the event venue for setup and testing.

Yes, you can. But when guests are using their own phones to record the videos, they would not have instant access to editing softwares. So, we generally discourage the use of personal devices.

Yes, why not! We work with many fashion brands who shoot their models very regularly. They mount their own cameras on the rotating arm and just use our machine.

Many Many Congratulations to Tarang and Ajit ji :)

GoKapture partnered up with ETS for their meetup at Park Hyatt in Hyderbaad on 1st of Oct. We create the best quality content with 360 freeze photo booth. With multiple camera placed all around, your guests get clicked from 20+ cameras in one shot. Bobble Head Activity is a great fun, and your guests will never ever forget that gift. Our digital Mosaic lets you create a branded photo compilation in real-time. Wanna get clicked in Anti Gravity Booth? You will feel like you were in the space, but not really. We will make that happen on earth in your event. We used Hashtag Printer at our Graduation Cermony. It turned out to be a BIG hit. Students and teachers loved it… and we found out that the post-event marketing opporutnies are great too. In 4 hours, 20 Lakh+ reach! Our launch of Alturas G4, Mahindra was super successful with their UGC products. The results were more than satisfying. 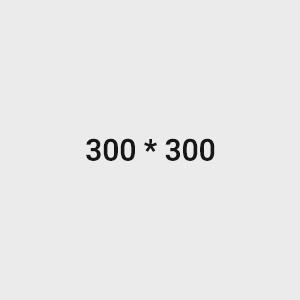 We have worked with GoKapture team many times, they provide excellent and punctual service. Our clients and guests were glad to use ultra-modern products of the event industry, provided by GoKapture. We are glad to generate a lot of UGC with Hashtag Contest provided by GoKapture for 3 months. We ran weekly contest and recongnized the participants with the best content. Great engagement, Great Content and Great Reach. Hashtag Printer was very successful to create the hype before the launch of H&M store in Ahmedabad. We have used Hashtag Printer at various locations and it turned out be a Great Success for pre-event and during the launch.

In our major events and launches we have been using GoKapture regularly. Our customers were more than happy to collect their Instagram pictures with Hashtag Printer. The analytics shows the peaks in our reach with their products.

Hats off to GK Team! They show 100% dedication towards their work. We used Hashtag Printer and Hashtag Contest for few of our clients in Jewelry and FMCG businesses so far and actually feel the difference in engagement and reach.

Chat with us on whatsApp